Submit a Tip
Tip Follow-Up
Mobile App
**UPDATED REWARD** $6,000
PEDESTRIAN HIT & RUN
Click SUBMIT A TIP
CN 210602047
On June 2, 2021, at approximately 2035 hours, a 15-yr old male was walking in the 5000 block of Andrews Hwy and was struck by an older model white Ford F150.
It is believed that the white F150 will be an extended cab with a white headache rack and a toolbox in the bed. It was also observed that there were several large items in the bed of the truck. It is also believed that the vehicle will have damage to the front grill. The actor vehicle was last seen traveling south on Midland Drive near Cuthbert.
If you have any information regarding the person driving this truck and it leads to an arrest, you will be eligible for a cash reward of $1,000 from Midland Crime Stoppers and an additional $5,000 from a private donor. You always remain anonymous.  You can view surveillance video on the Midland Crime Stoppers Facebook page. Midland Crime Stoppers FACEBOOK
*REWARD ELIGIBILITY – an official Crime Stopper's tip must be received by hotline, website, or mobile app with the tipster providing a Crime Stoppers ID number. No other avenues of reporting will be eligible for the reward. 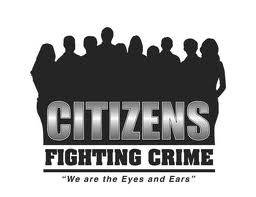 How Can You Help?

Submit anonymous tips by calling the hotline at 432-694-TIPS (8477) or 1-800-7LOCKUP.  Or download mobile app called P3 TIPS to submit a secure tip.    When using the mobile app, make sure when you select  "Midland Crime Stoppers". You can upload images and videos.  Once you submit your tip, you can check the status of the tip by logging into the app.

You can also submit a web tip by clicking on the Submit a Tip button from the website.   Check the status of your tip by clicking on the Tip Follow-up button above and enter your Tip ID and password.  A unique computer-generated Tip ID and password are provided to each tipster.  Be sure to keep a track of that for follow up.
ALL tipsters remain ANONYMOUS. We do not have caller ID. We do not record phone calls. We do not ask for your name. Computer IPs are not saved. Locations are not tracked.
Midland Crime Stoppers
Navigate360 © 2022 All Rights Reserved